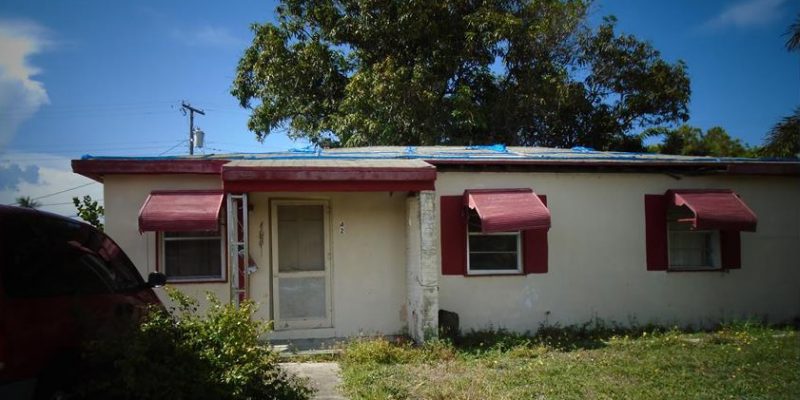 Lets us start off with an example on an ideal property and go through the steps involved for a FHA 203K Loan to go through.

Look at the following images for a Florida home that requires repairs before you move in.

This home is a perfect example of a “Handy man special”

This is going to be one that needs extensive repairs.  The main thing jumping out from the photos is that it needs the new roof.  I’m making an assumption, but I’m guessing that this will be sold “as is” based on the price.

Are you up for the challenge?

We can get this done, but I think that in order to do so, we will need to use the FHA 203k renovation loan. They will allow up to 30k in repairs above the purchase price that will be completed after closing.  There are a few hoops that we would have to jump through if we go down that path, but there are a couple of main points:

Now, if we do go that route, your down payment would be based on the total amount of purchase price plus the repair amount.

It looks like the taxes on this one are roughly $23.50 a month.   If you were to pay the full asking price of $110,000 and you used the entire $30,000 in repairs, your down payment would be $4988, and assuming that your homeowner’s insurance comes in around $125 a month, you could expect an ongoing monthly payment in the range of $872.84, which would include your taxes and homeowner’s insurance.

Hey – if this home appraises for over 200K post repairs, isn’t that a steal!!!

If you need any assistance with a home loan, fill in the form below and lets get started you on your path to your first home. 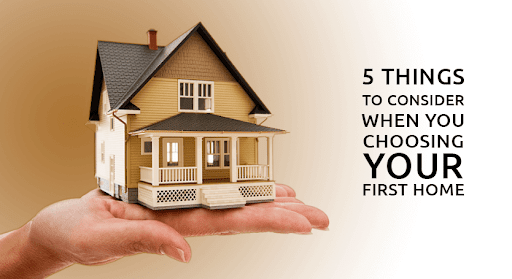 Before I even talk about the most important points to consider for first time home buyers, I want you to understand “Is it that time of your life when you can plan your first home“. Trust me this is going to the costliest asset that you have ever purchased and you have to babysit it for many years to come.

Yes, you heard that right. You were on the other side of the court and now you will be a homeowner. Means, you will have to fix or get fixed every little thing that breaks or needs attention. Based on your financial condition and fund flow you will have to continuously keep upgrading your home from time-to-time. By doing so you add value to your property and hence build equity at a faster rate.

Are you up for the challenge?

Guess so, as you are still reading this. So lets start your journey to your first home.

The idea here is not to scare you, but prepare you for this purchase with a much more practical approach.

Those pretty much cover the most important points for first-time homebuyers. What follows next is getting the home appraisal, contracts, inspections, and the actual loan process which take their due time till you get a call from the lender for the actual closing date.

If you need any assistance with a home loan, fill in the form below and lets get started you on your path to your first home. 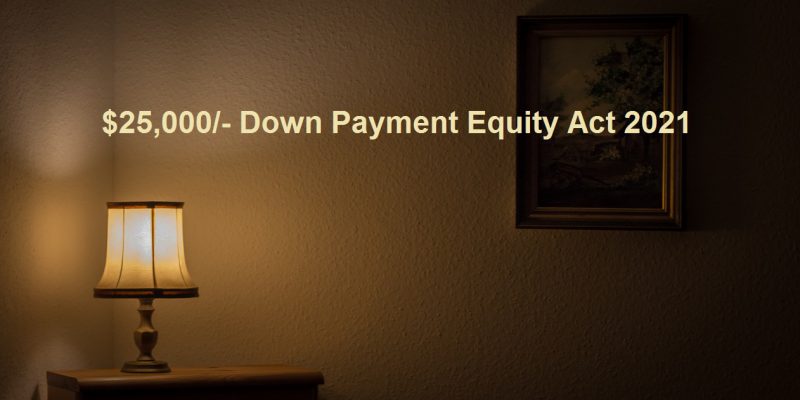 Before I even start on the topic, I would like to clear one point. Some websites are mis-representing the fact that this Down payment act of 2021 is for first time homebuyers.

That is not correct!

The draft by House Financial Services Committee, clearly states that this down payment assistance program is for first-generation home buyers. Now going by the book, that means that all First–time homebuyers whose parents or guardians. have never owned a home are considered first–generation homebuyers. On the same note anyone who has not owned a home is last 3 years is considered as a first-time homebuyer. Coming back to the topic.

What Is The Downpayment Toward Equity Act of 2021?

House Financial Services Committee has released a draft for the states to be used for down payment assistance to first-generation home buyers. Under this program homebuyers may receive up to $20,000 in assistance, or $25,000 in assistance if the home buyer qualifies as a “socially and economically disadvantaged individual.” Federal administration of this program will come under the jurisdiction of the Department of Housing and Urban Development (HUD) and state housing finance agency (HFA) will administer the funds on a state level for all participating states.

Lets checkout the points of the draft:

Still not clear? Lets get in touch and we will explain you all about this down payment assistance program. 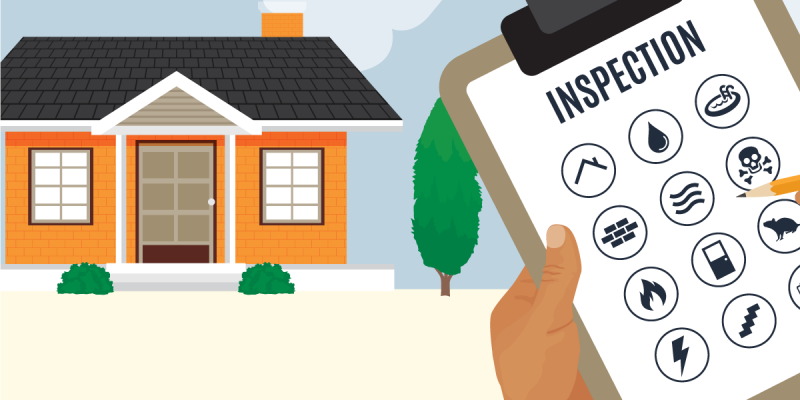 This question is whether we would need a separate septic inspection apart from regular appraisal for FHA, came up quite a few times lately so I thought I will include it on the blog for future reference.

It all depends on the appraisal.  The appraiser must comment on the septic and note whether it meets the distance guidelines for FHA and state whether it is free from observable failure.  If the report includes both of those phrases, then we won’t need to get a septic inspection at all.  If either are missing, though, we will be required to get one from an actual septic company.

I hate that this one is up in the air, but the problem stems from USPAP guidelines.  Up until 4 years ago, it was clearly spelled out in the appraisal guidelines that it was the responsibility of the appraiser to comment on both of these items.  But, in the new handbook, they changed the wording and now it is only explicit that they must comment on whether there are any observable signs of failure.

It does not happen often, but since that change in their guidelines, I periodically run into an appraiser who will refuse to comment on the distance of the leech field from the property boundary or the water supply and when we press, they have said it is no longer their responsibility.

Having said that, the vast majority of the time, this comes through without issue, but I do want you to be prepared for the worst. 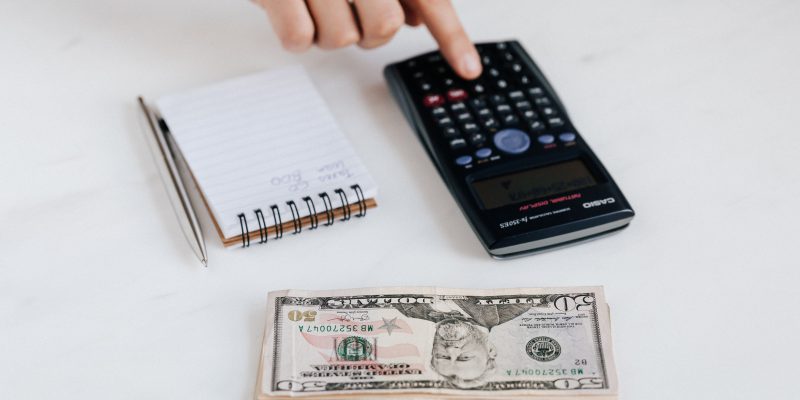 In our last couple of posts, we have been talking about the rules for documenting different types of income.  In the first post, we learned that we are always going to have to provide proof of the following:

This week, we will talk about how to document these three facts if you are self-employed.

They will take the amount earned on your tax returns along with the amount earned so far in this year and average this amount of monthly income over the time period of the income provided.  This is not a true representation of how much you are earning, but it is the amount that they will use as your monthly income to qualify for the loan.  I hope we’ve helped sort out what you will need to prove when it comes to a new mortgage, but if we’ve left anything out, just reach out to us and we will be happy to take a look at your specific circumstances and help point you in the right direction! 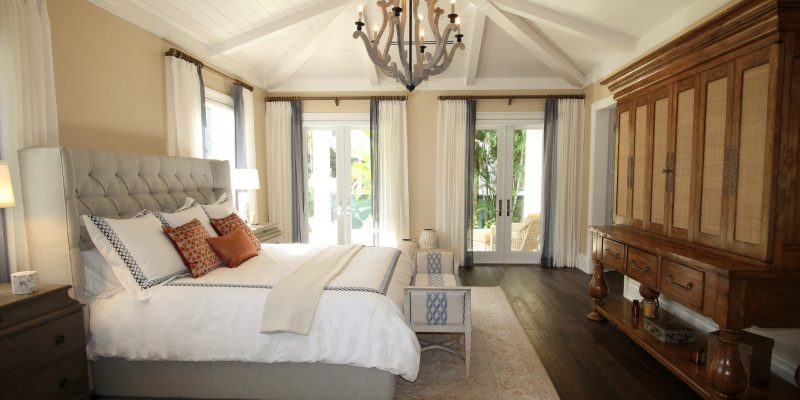 In our last post, we talked about a common real estate scam wherein Realtors, Loan Officers and Appraisers would collude together to convince a home buyer that the house they were purchasing was worth more than it actually is.  In today’s post, we’re going to talk about the changes that were made in 2009 to put an end to this scheme.

There were two major changes that came about in 2009 regarding appraisals and the appraisal process.  One is known as AIC, or Appraiser Independence Certification, and the other is known as HVCC, referencing the Home Valuation Code of Conduct.  Both of these serve the same major ideal:

The Appraiser on a mortgage transaction needs to be completely independent.  This seemingly simple sentence does have an impact on you in the home buying process.

The way that this idea manifests is through prohibiting communication.  The intention is to maintain “appraiser independence” throughout the entire valuation process.  We talked about a common scheme in the last post, but even without a scheme involved, the argument being made was that there is an implied pressure on the appraisers to bring in higher values.  The argument was that so long as a Loan Officer has the ability to choose who he orders appraisals from, then individual appraisers would have a constant implied pressure to bring in good values, because if they didn’t, then Loan Officers would naturally migrate to different appraisers who did bring in higher values.

So, the idea of AIC was manifested in the rules of the HVCC.  Beginning in 2009, all direct communication with the appraisal from the Loan Officer became prohibited behavior, carrying steep fines and the potential of license censure, and all communication other than the scheduling of property inspections with the appraiser from the Realtor also became prohibited behavior!  They went on to say that neither the Loan Officer, the Realtor, or the buyer are allowed to choose who the appraiser actually is!

Well, overnight, a new industry emerged, known as AMCs, or appraisal management companies.  In our next post, we will talk about how these work and how this will affect you in buying your next home!