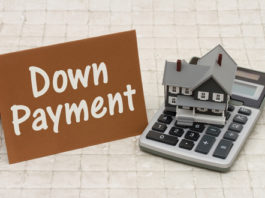 In our ongoing series of commonly heard questions here at the Heights, today we’re going to talk about a small distinction that is commonly misunderstood.  On your loan, there are a lot of different things that come together as costs and fees, and a lot of times the differences between them are hard to distinguish.  It is not uncommon for bad actors to use this difficulty as a selling point against you.  But, being armed with the proper understanding of how these costs work and where they come from is one of the strongest defenses against this.

Today we’re going to talk about your “down payment” on the loan.  This term is a very slippery one, in that for most people, “down payment” equates to the idea of a “deposit.”  This is not the case.  In fact, in the lending world, the term isn’t actually even used!  Instead, the term is known as “Minimum Required Contribution.”

In order to understand this, we’re going to have to dig in to a little bit of history.  Bear with me.  It will be worth it 😉  For a very long time, if you wanted to purchase a home and use a mortgage to pay for it, you would have to first come up with a minimum of 20% of the purchase price in your own funds, as the most that any bank would be willing to lend on a home was 80% of the purchase price.  Why was this?

Well, when the FHA loan program was created in 1934, the Federal Government began tracking a whole lot of statistics relating to the housing market.  One of the things that began being tracked was the amount that homes sell for at Sherriff’s sale after they had been foreclosed upon.  Very quickly, a trend emerged, and they noticed that with very small variance, almost all homes that were foreclosed ended up selling for only 80% of what they were actually worth at the time.

What is very interesting is that since that time, they have continued to track this figure, and there has never been a year where it has varied more than 5% from that 80% mark since the inception of the tracking in 1934!  We have read a lot of theories for why this is, but the data itself only confirms that this is the case; not why.

It is due to this very figure that the banks of old would never lend above 80% of a home’s value.  If you think about it, this makes pretty good sense too.  If the banks know that they risk losing the value of the collateral (the home you are buying) by 20%, then why would they take the risk of lending more than that?

Well, the reason why they would was invented in the mid 1980’s.  This invention was (and still is) known as Private Mortgage Insurance, or PMI.  This was an invention not by mortgage companies, but instead by insurance companies.  Their idea was that they would insure the banks against the potential of lost funds from a foreclosure.  The way that this works is that they provide insurance on any funds lent above that special 80% threshold, and if the home does go to foreclosure, the lenders will get recouped for their loss.

With this invention, the lender market opened up for MUCH lower down payments, and that trend has continued to this day.  It has, in fact, become so commonplace that the Federal Entitlement Programs (USDA, VA, FHA) have even followed suit!

This leads to our final question: If lenders can get insurance against lost equity on foreclosures, then why is any money needed at all?  It’s a good question, and it all comes down to what, exactly, PMI will cover and what it will not.  The simplest way to say it is that PMI is insurance ONLY for lost equity.  So, if the lender gives $90,000 loan on a $100,000 house and that loan later goes to foreclosure, it is reasonable to assume that the home will sell for somewhere around $80,000.  The lender is out $10,000 in equity as a result of this.  But, they will then be able to recoup that loss from the PMI on the loan, so everything should be ok, right?

Wrong.  The problem here is that despite being recouped the equity, there will still be a sizable amount of money that the lender will lose throughout this process.  For example, they will have to pay a fee (typically 3%) to the Sherriff to conduct the auction.  There will be title costs to first transfer the title into their name, and then again to transfer it to whomever wins the auction.  There are a lot of legal actions that go along with a foreclosure, and all of these have costs associated with them.  These are just some examples, but there are many, many small costs that the lender will incur.

So, where this leaves us is that PMI has loosened the risk of lending above 80%, but has not eliminated all of the costs that will occur.  So, each lending institution has to determine how much risk they are willing to contribute, and how much risk that they will require you to inherit yourself.

On top of that, they commonly want to know that you are invested in the home as opposed to just moving along to your next place for housing, so to use a catchphrase, they want to make sure that you “have some skin in the game” to help minimize the risk that you will go to foreclosure.

On the surface, this may seem like a small distinction between “down payment” and “minimum required contribution,” but this actually manifest in a lot of big ways throughout the loan process.  If you want to learn more, we are here to help, and we take educating our borrowers as being our core mission.  Reach out to us here and we will be very happy to show you how you can utilize this distinction to your benefit! 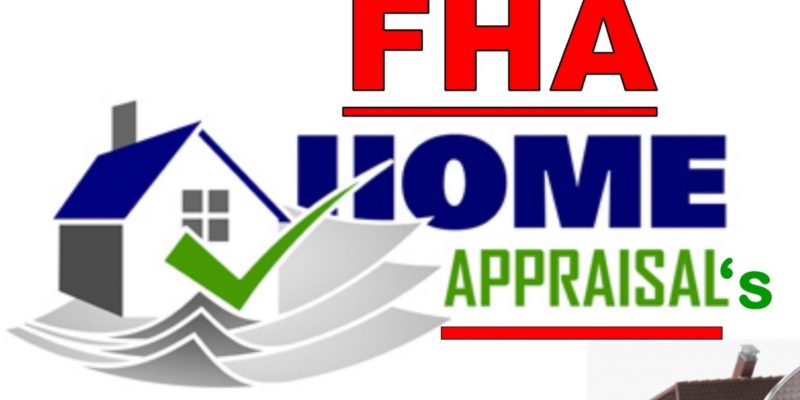 One off the questions that we get a lot here at the Heights is what exactly is the appraisal looking for?  On the surface, this seems like a pretty simple question.  The FHA appraisal is an assessment of what the value of the home is!  But, it doesn’t take very long at all to see that there is actually a bit more going on with the appraisal than just that.

A more comprehensive, although still simple, explanation of what the appraisal is doing is that the appraiser is confirming the value of the home for the underwriter and is also making sure that the house doesn’t need any major repairs.

But, as we dig a bit deeper, there’s a bit more to that second part than meets the eye.  The idea that the appraiser is confirming whether or not repairs are needed is also a little bit too simple.  What the appraiser is actually doing is confirming many of the minor details of the home and then confirming that the home, as it stands today, confirms to the Department of Housing and Urban Development’s most recent handbook for guidelines on minimum required property conditions.

Ok, that was a mouthful.  But, what does it actually mean?  Well, each year, HUD updates their property handbook.  Some years they remove some guidelines, but most years, there are more things for an appraiser to what out for.  You can see a copy of the handbook here: https://www.hud.gov/program_offices/housing/sfh/handbook_4000-1

Basically, the appraiser has three jobs:

A good appraisal will have a lot more information than simply what the home is worth.  So much so that it can sometimes be hard to follow along and understand everything that is being communicated.  If you have an appraisal that you don’t understand, we are here to help!  Reach out to us here and we will happily go over the report page by page with you to make sure that you are fully informed on the new home that you are buying!